Showing posts from July, 2021
Show all

Hadamar from the inside 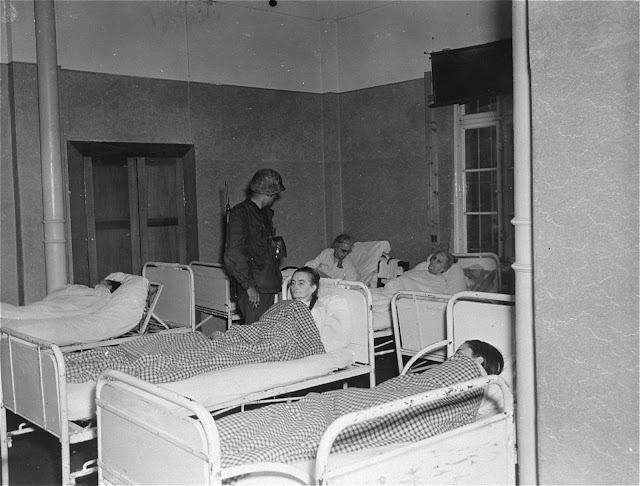 by Christoph Schneider   When U.S. troops advanced to Hadamar, a little village in the Northern part of the Federal State of Hessen right at the border to North-Rhine-Westphalia, in late March 1945, they encountered a Nazi "euthanasia" killing facility. Unlike a concentration camp, which ceased to exist at the moment of liberation, the institution remained in function. Initially, very few people were arrested: the head physician and also the head nurse. The head of administration had escaped. This means that in the first months after liberation - at least until June, in some cases until November 1945 -, patients were often confronted with the same personnel as before. However, patients could now escape with impunity, and the U.S. military administration increased food rations for the often extremely debilitated inmates. Nevertheless, the word "liberation" promises a caesura that did not exist in Hadamar.   There were survivors of Hadamar, but in fact these people we
Read more

By Meg Roberts Picture: An example of an almanac of a similar style and period as Daniel George’s. Entitled ‘The New-Jersey Almanack for the Year of our Lord 1779’, printed by Isaac Collins in New Jersey. Image sourced from Rutgers University Library and in the public domain. In 1775, seventeen-year-old Daniel George, a ‘student in astronomy’ from Massachusetts, composed an almanac. In an eclectic fourteen pages of printed text and tables, he recorded the rising and setting of the sun and the moon, the location of the planets, the tides, the weather, Quaker Meetings, ‘Remarkable Days’, ‘Liberty Days’, and poetry. He also included ‘for the use of the gentlemen officers and soldiers in the American army’ a narrative of the Battle of Concord, recently fought at the outset of the Revolutionary War. George had studied mathematics and astronomy extensively, and the almanac was the result of painstaking calculations throughout the year. In August 1775, George and his father visited the Rever
Read more
More posts