Showing posts from July, 2016
Show all

A life less worth living: "Agent Orange" and the representation of disability in the War Remnants Museum 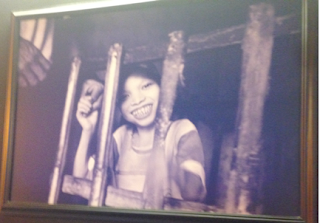 By Gaby Admon-Rick and  Ahiya Kamara Neuygen Thi Men Neuygen Thi Men lives in the Vu Thu district, Thai Binh province. When the original photo was taken by the photographer Doan Duch Minh, she was 21 years old. "Tragically," as the text beneath the photo reads, "she must remain in a cage-like enclosure all her life. All day long, Men attempts to chew and swallow anything within her grasp. Suddenly, as she recognizes her father, she extends her hand through her enclosure, reaching for him. Her father, Nguyen van Hang spent fighting in the Trung Son Mountains he was contaminated by Agent Orange." Neuygen Thi Men and many more people with disabilities are presented at a special exhibition on Agent Orange at the War Remnants Museum in Ho Chi Minh City. The Museum is a "must" for visitors to Vietnam, interested in learning about the Vietnam War from a Vietnamese perspective. Like many other war museums all over the world, the museum includes details of
Read more 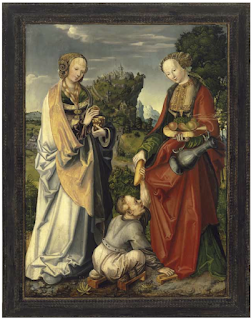 By Sonja Kinzler (curator) Although calls for accessibility aren’t new, still relatively few curators are devoted to accessible shows. The exhibition LeibEigenschaften 1 was part of the the DFG-funded research project "Homo debilis" at the Bremen University History Department. The 100 square meter exhibition was on display in the Bremen House of Science in March and April 2012. LeibEigenschaften aimed at a high level of accessibility and succeeded thanks to the interest among the involved parties to create something beyond the traditional modes of communication in museum displays, creating a choice of channels to receive the contents (vision, sound, touch; accommodation of cognitive and mobility restrictions). That the topic itself was Disability History was an important motivation for the team behind the exhibition. Cordula Nolte, Professor in Medieval History at Bremen University, realized this potential early on and actively sought cooperation with local disability a
Read more
More posts