Showing posts from September, 2019
Show all

Augustin Thierry and the Many Eyes of a Blind Historian 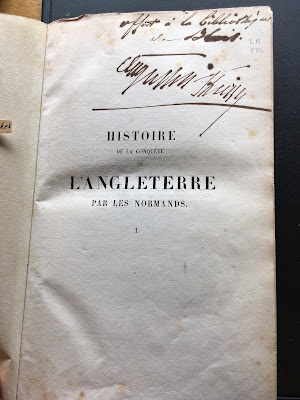 By Giorgia Vocino Born in 1795, shortly after the end of the reign of Terror, Jacques Nicolas Augustin Thierry was an enfant prodige . Born in a modest family, delicate and often sick, he could not live off his family income nor start a military career, but he could count on his sharp intelligence to climb the social ladder. Graduate from the École Normale, in 1811 he started working as the secretary of Claude-Henri de Rouvroy, count of Saint-Simon. Vibrant supporter of the liberal party and close to the milieu of the Carbonari , Thierry began an independent career as a journalist, but was soon drawn to the study of history: in 1820 he published in the Courrier Français nine Lettres sur l’Histoire de France , while in 1825 the publication of the Histoire de la conquête de l’Angleterre par les Normands crowned him as a historian and won him a place among the most reputed scholars and authors of his time. It was in those years of hectic and passionate study that his health problems
Read more

On Blindness in Poetry 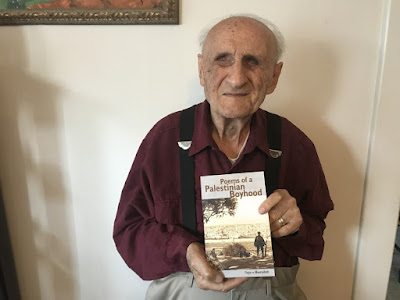 By Reja-e Busailah I am told that I lost my eyesight during the seventh month of my life. I was educated in boarding schools, in schools specially for the blind, and in public schools. I taught the blind when I was still living in Palestine, where I was born in 1929, when I lived in New York City, when I worked in Kuwait; and I hold a master’s degree in special education. Still, I should be embarrassed to admit that studying in a scholarly fashion the phenomenon of blindness (“disability”) has never seriously interested me. I have a Ph.D. in English Literature from New York University, and I taught literature for some thirty years. I am now a retired professor emeritus. I have enjoyed poetry all my life, writing it in Arabic when a child and later in English. I may say I have used poetry to react to all things that have interested me including, of course, the phenomenon of blindness, not academically, but as a poet. I have lived with blindness all my life, and have become accustomed
Read more
More posts