Showing posts from November, 2021
Show all

Craft and Curiosity: A Dedication to Laura Bridgman 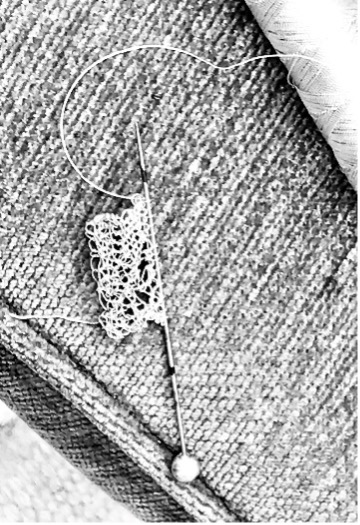 By Claire Penketh Histories of art education reflect and reproduce normative assumptions that making and appreciating art is dependent on sight. Such beliefs are founded on ocularnormativity, defined as an ableist predisposition towards the visual that renders us incapable of imagining or valuing a world without vision. In essence, ocularnormativity is an epistemological position that delimits the parameters of human value and worth (Bolt 2014: 14). This key concept has been employed to support my reading of histories of art, craft and design in the nineteenth century, alongside two texts: Pioneers and Perseverance, Michael Royden’s history of the Royal School for the Blind (1991) and Perkins School for the Blind by Kimberley French (2004). This short piece centres of the creation of a craft response to some of the themes emerging from this work.  Craft from the earlier form ‘cræft’ suggests a form of power and skill (McDonald 1970: 306) present perhaps in its resistance to ocularnorma
Read more
More posts