Showing posts from November, 2017
Show all

"Nothing is forgotten, and nobody!" Archives for the disability rights movement as a disability policy project 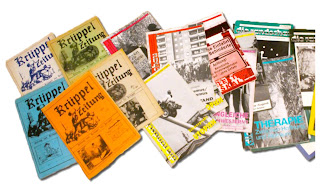 By Ulrike Lux People with disabilities in Germany have been following the public debate on disability issues and the vicissitudes of disability policy for nearly 40 years now, accompanying them critically and emphatically in their own journals, commenting and discussing them. It would be a shame if the journals Krüppelzeitung , Luftpumpe and die randschau as well as other material such as brochures and discussion papers (the so-called “grey literature”) were lost in the mist of time. Instead, we intend to make them available to the interested public in a modern and easily perusable form. The idea came from the editorial staff of the journal die randschau published on national scale from 1986 to 2000. Some of us have been politically active for up to four decades in various political contexts. The first of us have now reached pension age. We keep being asked about old copies of the randschau . Of course, that makes us proud and happy. So we decided to get together once m
Read more

Deaf history and the art of writing novels 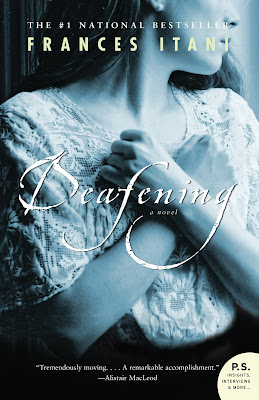 By Frances Itani &  Pieter Verstraete One of the main goals of the Public Disability History Blog is to bring disability history to the public. Although it is of course true that a lot of academic research doesn’t get translated into accessible language, to say that the public isn’t exposed to disability history is just a bridge too far. Indeed, there are numerous examples to be quoted of non-academics who are interested in the history of disability and/or are exposed to it. Often people will not consciously pay attention to the presence of persons with disabilities in the stories they read, tell themselves or watch. But there are definitely also examples to be mentioned where disability is willingly interwoven in the narrative that was invented by someone and made public through the publication in book-format, the broadcasting of a television show, the curating of an exhibition or just through some chit-chat in a local bar. During the previous Summer break I coincidentally cam
Read more
More posts