Showing posts from October, 2016
Show all

Parents on the March: Disability, Education and Parent-Activists 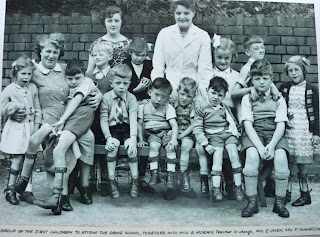 By Teresa Hillier , Swansea University At a time of great social change in mid-20th century Britain there was a series of parliamentary reforms which aimed to help rebuild a war-torn society. These included a focus on education with the 1944 Education Act aiming to provide equality of opportunity to children. However, many children with cerebral palsy and related disabilities were classed as ineducable under this Act. This led to parents campaigning on behalf of their children against this perceived injustice. These parents were pioneers and disability activists, drawing public attention to the exclusion from education of their children. As a result of this direct action many parent-led organisations were established during the 1950s one of which is Longfields Association originally known as Swansea and District Spastic Association . Legacy of Longfields is a two-year research project that will examine and share the history of the Association. The organisation was set up in 1952
Read more

Who belongs in the murder clinic? The trouble with Nebel im August 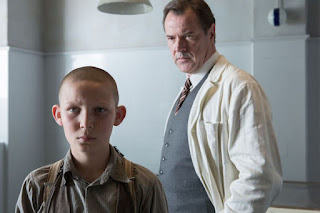 By Ylva Söderfeldt Germany is obsessed with narratives – movies, TV-series, novels – about its 20th century history. The most successful exports in later years have dealt with Nazi crimes and GDR oppression, not to mention the many productions directed at national audiences. No doubt, several of these works have been both of an outstanding artistic quality as well as having contributed to public awareness about the past, not least also about the continuities into and effects on the present German society. One of the current movies on this theme (in the theatre where I watched it, there were at least two other films about Nazi Germany currently on the program) is somewhat unusual in that it addresses the murdering of sick and disabled people during the Second World War. Based on a novel that was in turn based on an actual biography, Nebel im August (Gloom in August) tells the story of Ernst Lossa (Ivo Pietzcker), who was murdered at the age of fourteen in a clinic in Irsee on Augus
Read more
More posts